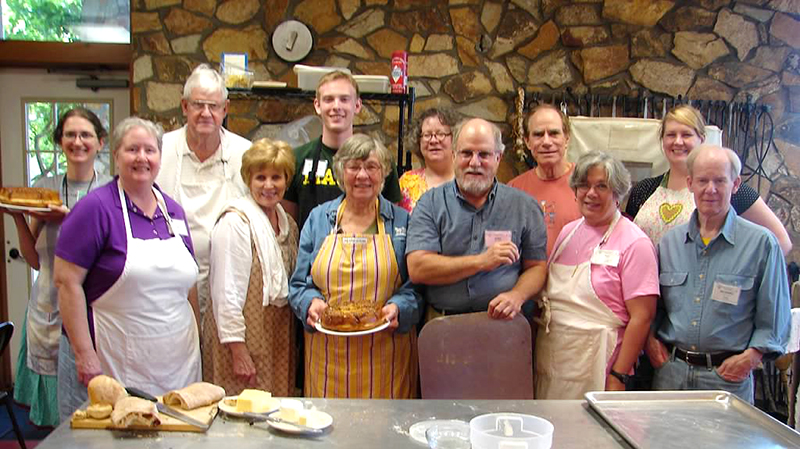 Magical. That’s the word used over and over to describe a week at the Folk School. And there’s always something that makes the visit extra special: last May it was the baby barn swallows peeking over the edges of their nests in the rafters outside Davidson Hall. 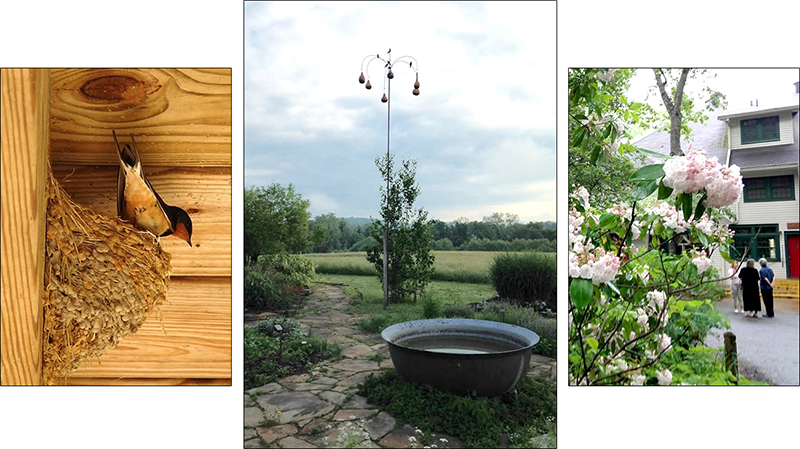 This year it was the mountain laurel in full bloom; the mother-to-be barn swallows sat patiently atop their nests. The Folk School is a magical place, but also, when you’re there, you slow down and pay attention to things like the birds and flowers. 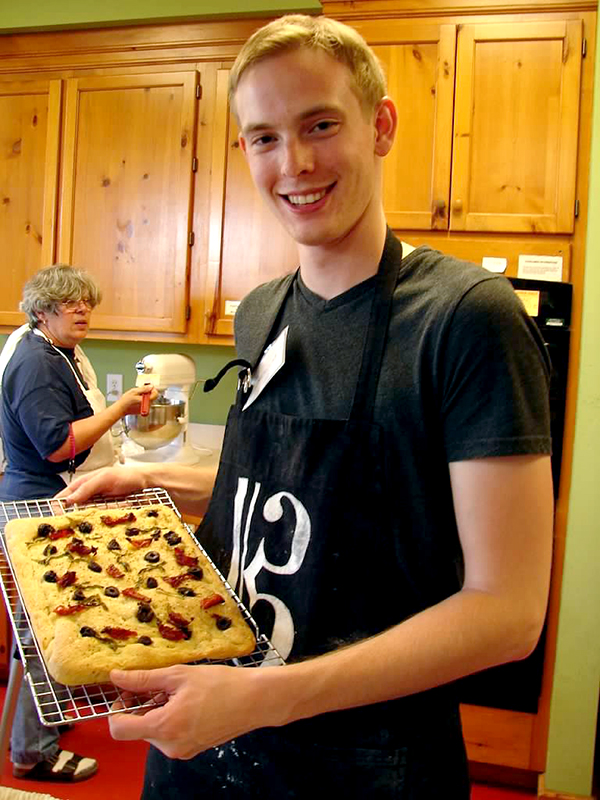 Nicholas holds the focaccia fresh out of the oven.

I was at the Folk School last week to teach my annual “Science of Bread” class—not a magical name by any means, but bread-making can be wondrous even when you know about the microorganisms and molecules that make it work. In addition to making dozens of loaves, the class started a sourdough starter by attracting wild yeasts and bread-making bacteria from the air into a container of flour and water. They also braved the production of salt-rising bread, a first for me. Making salt-rising bread is similar to creating a sourdough starter in that ingredients (in our case, raw potatoes, corn meal, sugar, and baking soda) are left out to attract microorganisms that cause the bread to rise when the dough is mixed the next day. (“Salt-rising” is a misnomer.) The ingredients are kept at 110 degrees, however, so that the microorganisms attracted to the mixture are different than the usual ones; this results in the unique flavor and aroma of salt-rising bread. 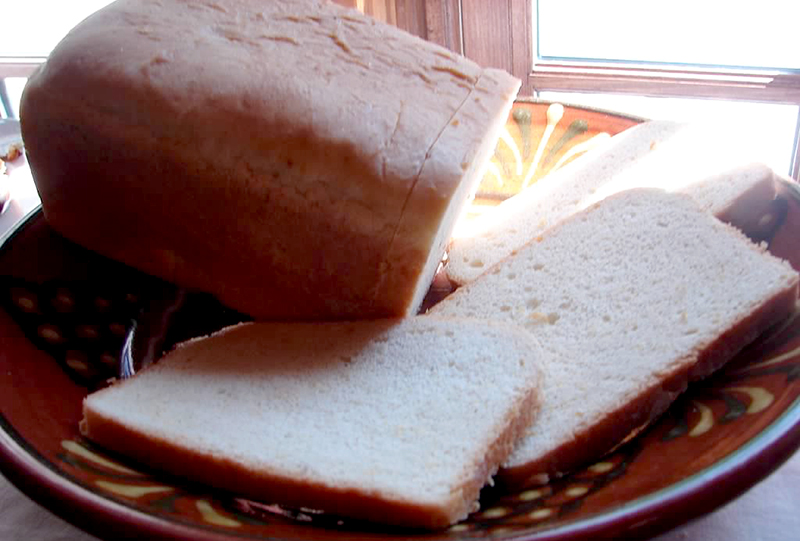 Sticky Buns: Before & After 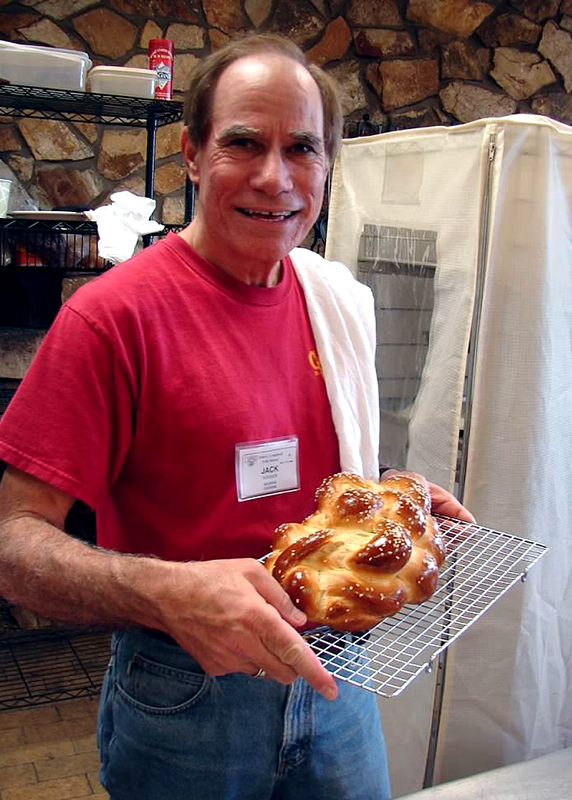 Jack (the baker’s son) and his challah loaf

In addition to the ever-changing rhythms of nature and the endless new breads to make, there are always new students to meet. This year’s class included the son of a baker who’d labored in the bakery through his school years and was now learning to enjoy baking at home, a grandmother/grandson team visiting the Folk School with the rest of their family, and an old friend from my 2011 Intro Guitar class, who had come that week because of his partner’s schedule; he told me he had no intention of baking bread at home but wanted to be able to identify legitimate artisan loaves in the grocery store. 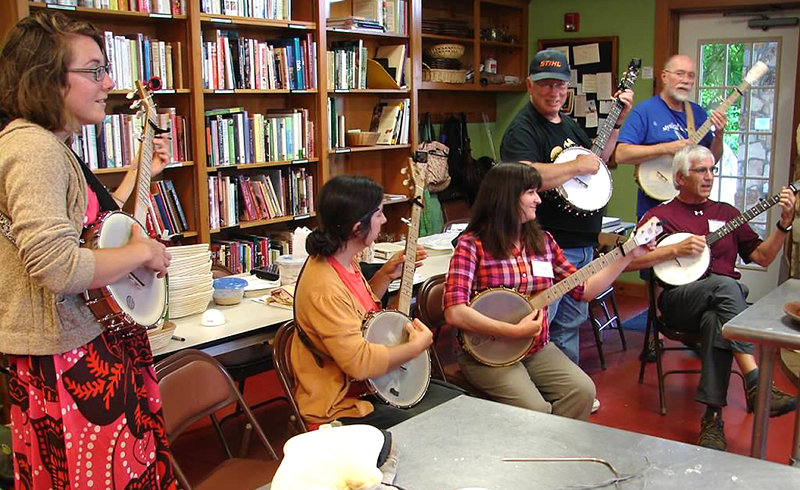 The banjo class came downstairs to serenade our class in exchange for tasty treats.

It’s tempting to think of a week at the Folk School as an escape from “normal life”: enjoying nature, learning a craft, and meeting new people. But escaping means you have to return to normal life when your week is over. I prefer to think of my visit as a chance to change. The secret is to carry that change with you when you return home.

Emily Buehler, the author of this blog, is an instructor of Bread Making at the Folk School. She became a bread baker in 2001, intending to take a break after finishing a degree in chemistry. Six months later she began teaching bread classes. Emily has written a book on bread making – techniques, not recipes – that includes a section on the science occurring in the dough. (Chemistry does come in handy!) Visit Emily’s website