A Family Affair at the Folk School 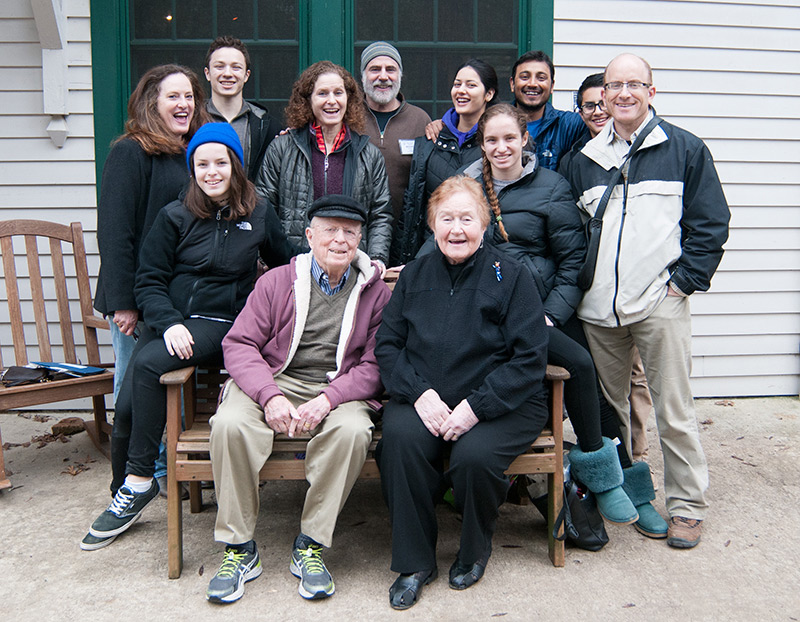 07 Apr A Family Affair at the Folk School

The Folk School recently had a very special group visit. To celebrate their 60th Wedding Anniversary, Dr. Fred and Mrs. Martha U. Goldner of Nashville, TN, decided to return to the Folk School and this time they brought their family and several friends to join in the fun! 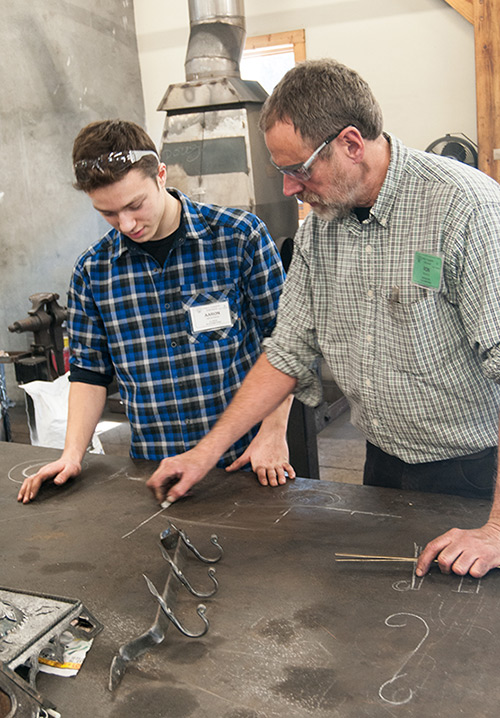 While Fred & Martha toasted their 60th, one of their two daughters, Francie Niederman, of Skokie, IL, also celebrated her 20th anniversary with her husband Michael. Three generations of family members and their friends came to the Folk School to take a variety of Weekend classes including: Blacksmithing, Jewelry, Enameling, Drawing, Woodturning, and Woodworking. Creativity seems to run in the family. Their daughter, Cynthia, promotes her innovative art at Makin Time Clocks and their grandson, Julian, was a Silver Medalist in the most recent Scholastic Art Awards Competition.

Seeing them in the studio, at our family-style meals in the Dining Hall, and at Show and Tell was delightful. They made it look like the most incredible family vacation ever. I talked with Martha about her Folk School experience and what it was like to have her family congregate in Brasstown for this very special occasion:

CP: Congratulations once again on your anniversary! Was this your first trip to the Folk School?

MG: Fred and I had a previous experience at JCCFS around the same time of year in 2011. We took Bistro Cooking and Fiber Arts & Knitting. 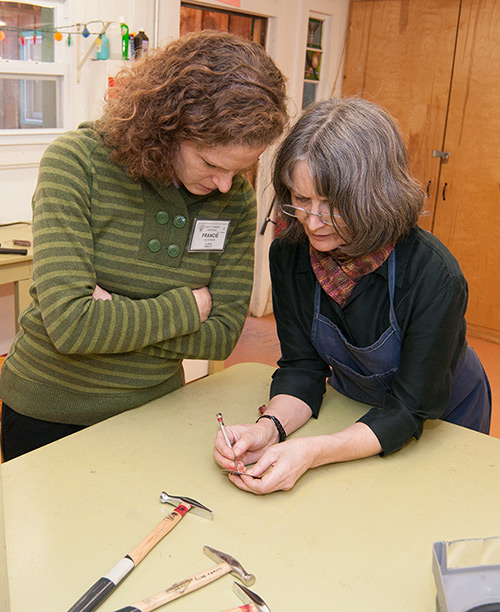 CP: What made you decide to pick the Folk School as a destination for your anniversary celebration?

MG: We identified our anniversary celebration with family. A weekend of the exact dates was in the catalogue and it was a perfect place away from everyone’s usual environment. A place of unknown demands on them, yet programmed for each one to be surprised and inspired.

CP: How many of your family members congregated at the Folk School? Who came from the furthest destination?

MG: Of the twelve members there were three couples. Our son came from San Jose, Costa Rica.

CP: How did you decide what classes to take?

MG: When the idea was hatched we distributed the outline and description of what was available so they quickly made choices before the classes filled up. 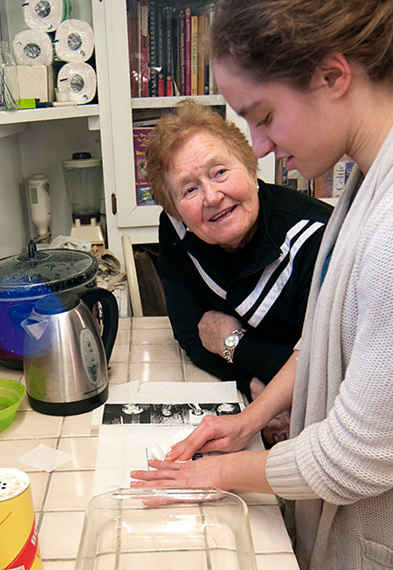 CP: What were some of the highlights/best memories of the weekend?

MG: This is difficult because we, the parents and planners, wanted it to go well–and it did! Registration took care of the rooms, schedule, sign up for classes and questions. Food was fresh and excellent. Instructors were helpful and reassuring. The equipment was working, the studios well lit and clean. The other students interesting. The exhibit on Sunday–noonish–was great! A time for some “Ooohs!” and “Aaahs!” and laughter among the groups of students.

CP: What house did you stay in? Did everyone stay on campus together?

CP: Would you recommend the Folk School as a destination for families or groups of friends?

MG: Yes. A perfect place that can put aside the personal disappointments and scratch the veneer of selfishness. It is an opportunity to risk a departure from the routine, to renew the curiosity it takes to learn something new.

CP: Any other closing words?

MG: The John Campbell Folk School is a place of integrity. It does what it says it does–just read what the Director Jan Davidson, writes in their catalog. 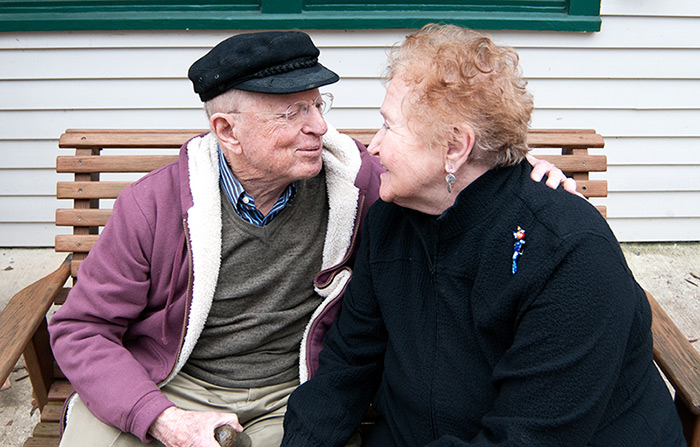 Fred & Martha enjoy a happy moment on the bench outside Keith House.