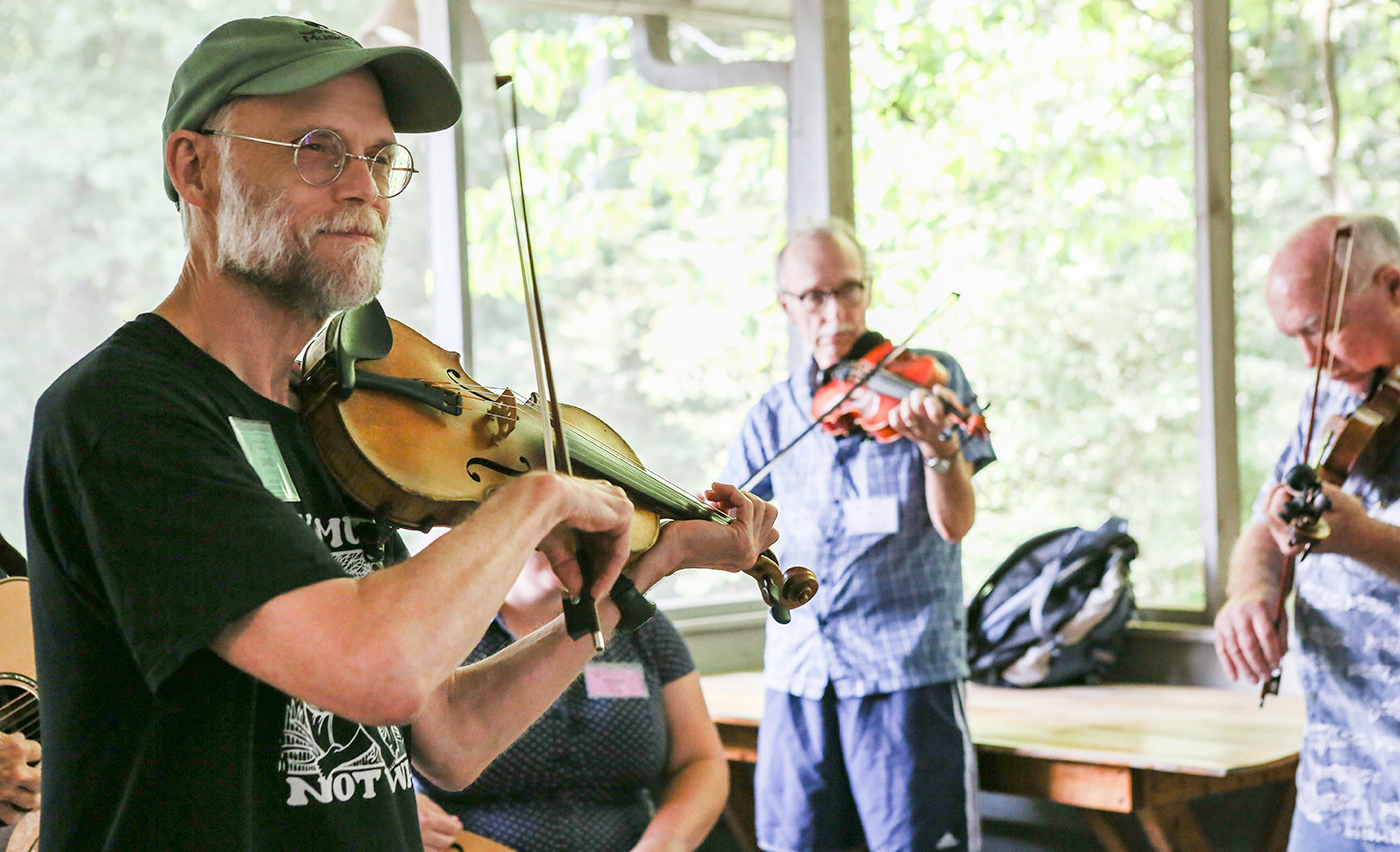 David Allen Kaynor passed away peacefully on June 1, 2021. His two sisters were present, as were his caretakers. He had the music of two fiddles in his ears as he made the transition from this world to whatever comes next. He was ready.

In early 2018 David noticed changes in his voice and began to experience some difficulty breathing. He was diagnosed with bulbar (throat) onset ALS that November. As the disease took its ravaging course, David endured many losses, but he always made the best of his abilities that remained. When he could no longer swallow or speak, he received nutrition via tube and became especially adept at a voice-to-keyboard method of speaking. He even called a couple of dances using this technology. He was able to play his fiddle long into his decline, and when that was no longer possible, he continued playing music on guitar. When his fingers no longer functioned, David learned to use eye-gaze technology to communicate. And he resumed composing. He wrote 13 tunes, some with harmonies, using only eye gaze, completing the last one on May 24, 2021.

In early 2020, he moved to Becky Hollingsworth’s house where he was cared for lovingly and expertly by Becky, Rebecca Weiss, Will Quale, and other friends. Bed-ridden, he, enjoyed reading and responding to email, browsing the Net (especially his Tune-raiser page on Facebook), and listening to music. On April 17, his 73rd birthday, he was honored by a nationwide Zoom party celebrating his selection for the CDSS Lifetime Contribution Award in 2021. This ceremony highlighted the many places where David’s influence has endured. It  was a deeply felt, meaningful experience for him.

One such place was the John C. Campbell Folk School. In 1994, the Folk School recruited David and others to head up the brand-new Dance Musicians’ Week. David returned to lead this week every year until 2020, when both his ALS and the COVID pandemic made the week impossible to hold in person. 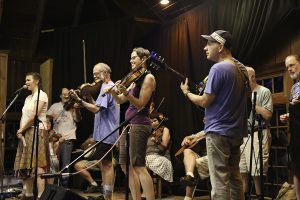 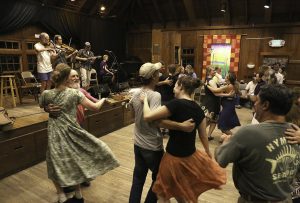 Over this time period, David built Dance Musicians’ Week into one of the premier events of the entire region through the teaching program he carefully crafted for the development of dance musicians and through his nightly calling at the community dances (open to both area locals and Folk School students). Local residents, instructors who have requested to teach at the Folk School during DMW, and students for the many concurrent arts and crafts classes who have signed up for their class that week because of DMW all look forward to this week. Each year, the DMW students comprise another large group of enthusiasts, some returning from previous years, some coming for the first time, unknowingly about to be inducted into this very large fold.

As a further example of David’s reach, a church camp near the school matched its annual week to Dance Musicians’ Week so that a busload of their youth could come to one of the nightly community dances as part of their church camp experience. All of this was a result of David’s exceptionally welcoming calling style, his ability to choose dances appropriate to the level of the dancers, his skill at teaching the dances, and his ability to impart confidence to new dancers. You will not have to look far into this group of DMW dancers to find a person whose life has been changed for the better by David’s encouragement to join in the dance. 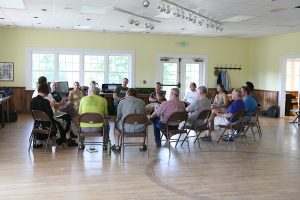 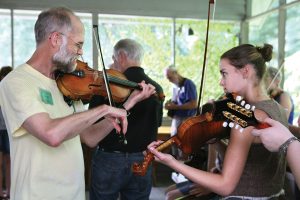 This same scenario played out in the Music Studio with the DMW participants year after year. When introductions were made, returning students talked about the import of the week in their lives. “Not a day goes by when I don’t think of this room,” one participant said. This class provided a lot of opportunity for musical growth to be sure. David taught and encouraged musicians just as he did dancers, choosing accessible, interesting material and building confidence. But the music experience existed alongside an emphasis on collaboration, cooperation, and trust, David set the original tone and over the years has invited co-instructors who exemplified and supported a communal atmosphere. Almost all the students quickly adopted this same attitude. As a result, strong bonds were formed among the participants that carried over long after the week was finished. The music took deep root in this environment and then traveled back to communities in all parts of the country.

The many festivals and organizations David was involved with have similar stories about the contributions he made to their programs. In the end though, David will not be remembered so much for what he did as for who he was. Everyone who encountered him—on the dance floor, leading a workshop or session, behind the mic calling and playing—came away with spirits lifted by his quirky (and sometimes off-color) humor and his buoyant energy. David’s inclusiveness and encouragement enabled others to participate fully in any activity alongside him. And he inspired a self-confidence that propelled people to continue along the path that they began with him. May we all follow David’s example as we make our ways in a world without him paving the way. 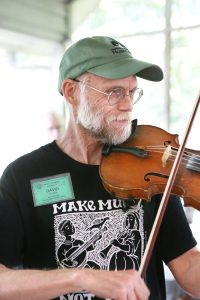 Playing ‘Liza Jane’ on the porch of the dining hall at John C. Campbell Folk School. Fiddle instructors David Kaynor and Naomi Morse are in the foreground. The banjo duet is by instructor Peter Siegel and student Andrew Lentini.

A Folk School Concert Memory with David and the Pressley Girls 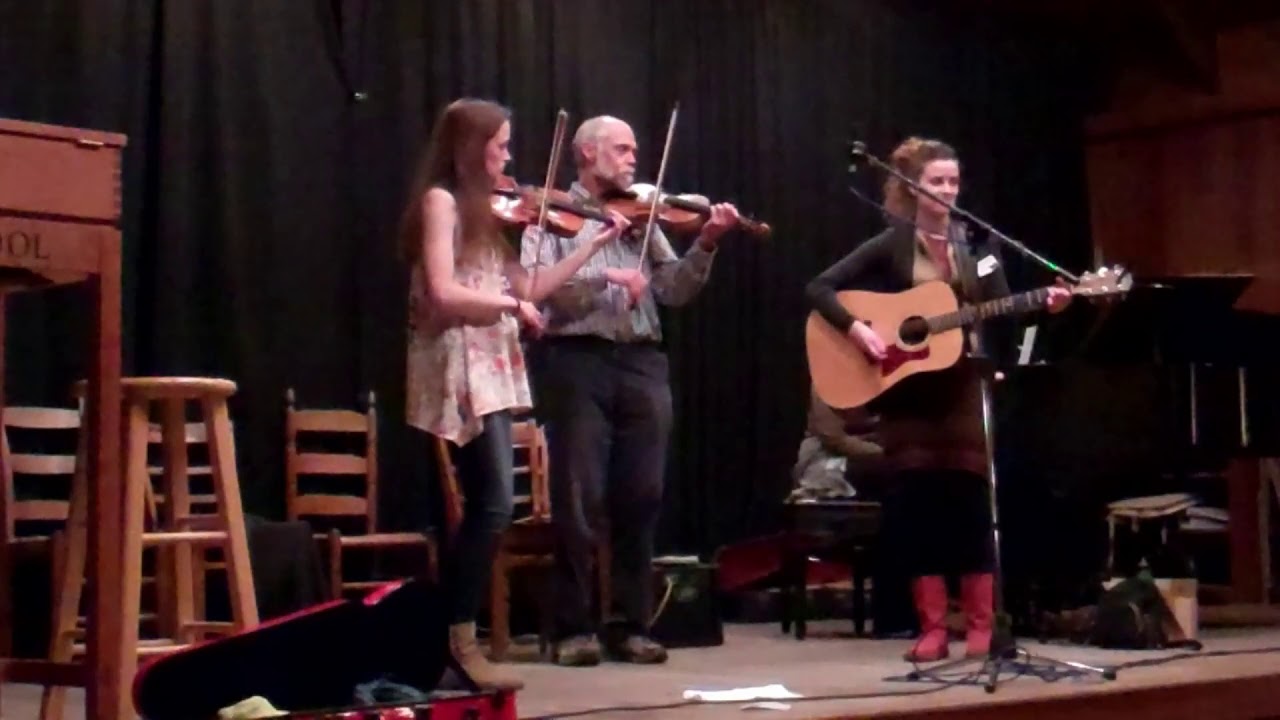 Check out this great video of the very last contra dance of Dance Musicians’ Week 2014 from the evening of Thursday July 11. Instructors are: David Kaynor, Peter Siegel, Naomi Morse, & Sue Songer. Calling is by David Kaynor & the Music is a mix of the instructors and a handful of students. Location: Keith House Community Room at the John C. Campbell Folk School in Brasstown, NC. 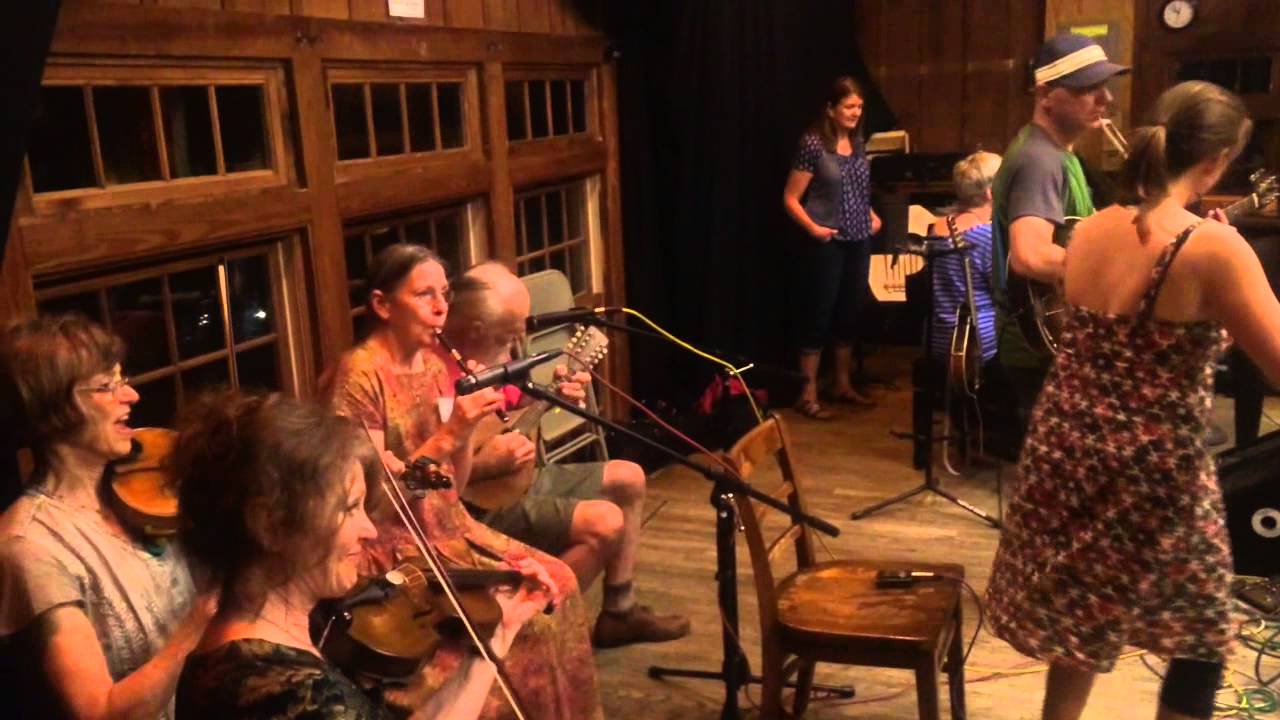