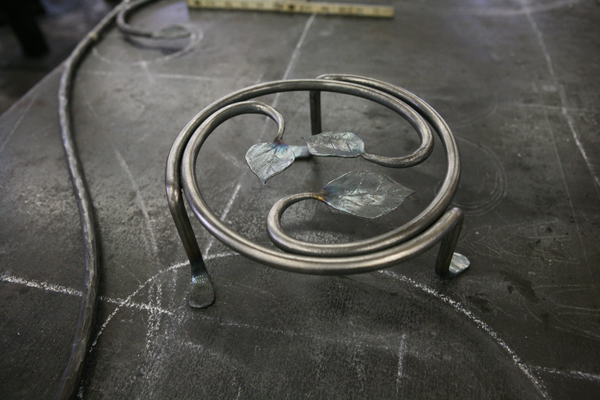 Posted at 08:13h in Stories: Blacksmithing by Charley Orlando

Blacksmithing is a craft that consists mainly of heating steel and hammering and bending it to the shape and form you wish. Both coal and propane forges were used to heat the steel for its transformation.

A beautiful trivet of Scandinavian design

The class had eleven students, six men and five women. Most were beginners at the start of the class, but did a lot of work to improve their skills and produce a huge amount of excellent work. They are to be commended for their dedication to learning and working at the anvil. 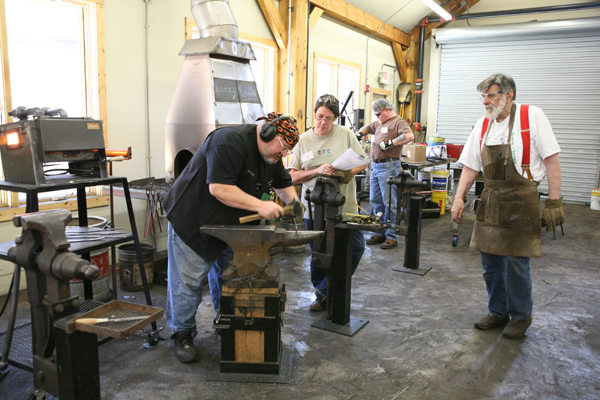 Charley and a student pay attention as Doug demonstrates a technique.

Here’s a link to Charley’s Facebook photos of the class.