The Science of Bread 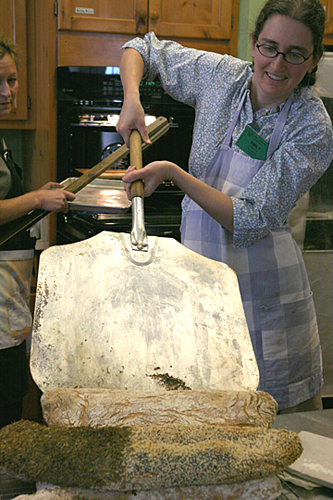 17 Jan The Science of Bread

Posted at 15:50h in Stories: Cooking by Emily Buehler

Monday afternoon in the cooking studio, my class had just gathered around the table to examine our first batch of bread–French baguettes–when we heard banging noises outside.  One of the work-study students bobbed in the window; the work-studies had been outside all day, shoveling paths through the snow to every building on campus.  (The Folk School staff told me they don’t use many snowy pictures, since they scare off potential students from the southern states, but it would be hard to describe last week’s Science of Bread class without mentioning the snow.  Don’t let it scare you off!  It rarely snows in Brasstown.)

“Should we invite them in?” I asked.

“Yes!” everyone replied in chorus.

So I stuck my head outside and a minute later, the tired work-studies tramped in, stomping their boots by the door.  “Oh, it’s so warm in here!” they said, stopping to raise their hands to the flames snapping in the wood-fired oven.

One of the work-study jobs is to keep the woodpile stocked; they came by everyday after that to ask if we needed more wood, and to see what we were baking.  By the end of the week, the class was churning out not only simple French baguettes and sourdough boules, but sticky buns, challah, walnut-blue-cheese sourdough, “Bob’s Birdseed Bread,” and a cheddar-dill loaf made with sprouted wheat flour, brought by a student from her own mill.  Some of the recipes were mine, but most were found by the students in the cooking studio’s library of cookbooks.

The aim of the class was not so much to make dozens of recipes, but to examine the bread-making process that underlies all recipes.  We started with simple breads, interspersed with mini science lectures about fermentation and gluten chemistry.  (For example, many bakers don’t realize that over 6% sugar in a recipe will dehydrate yeast and slow down fermentation; for sweet breads, a special “osmotolerant” yeast is used.)  We discussed kneading techniques, effective shaping, and what happens to dough in the oven.  (Many people are surprised to learn that traditional European breads bake at the high temperature of 460.  Since bread expands in the first ten minutes in the oven, and most heat is lost from a home oven when the door is opened, it’s important to find ways to re-heat your oven quickly–like preheating to 500 or using a pizza stone.)

Students had a choice of continuing with my recipes or choosing their own.  One student, who’d just bought her Midwest town’s bakery, looked for recipes she could use to grow her business.  (Her Facebook friends began pre-ordering heart-shaped baguettes for Valentine’s Day after she posted a picture of one we made in class.)  The mill owner tried my recipes with her flour, hoping to better understand her customer’s needs.  The avid home baker branched out into complicated recipes, while the woman who’d never baked before made biscuits, brioche, and a yeasted cornbread, practicing things she could take to dinner parties.  I chose to make Sourdough Dog Biscuits with the leftover sourdough starter.

By Friday afternoon, we were worn out.  We’d assembled display baskets and trays of food for the student exhibit, held with the other classes in the Community Room.  When the time came, we trudged up the melting path, carrying our creations to the table outside the exhibit where other students milled around, waiting to eat.  By the time the ceremony began, the slices of bread, focaccia wedges, and buns had been devoured.  We wrapped the leftovers and put them in the work-studies’ freezer. 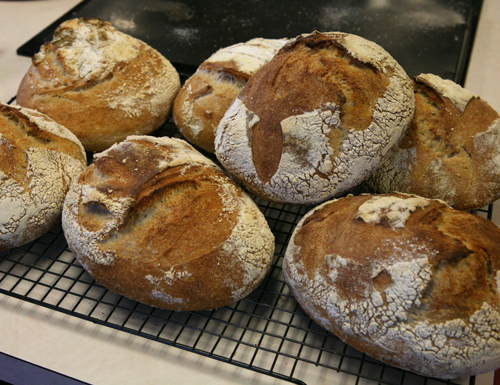 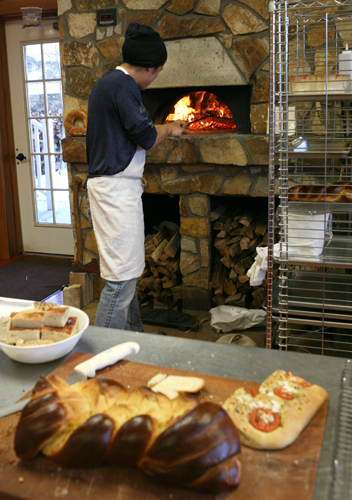 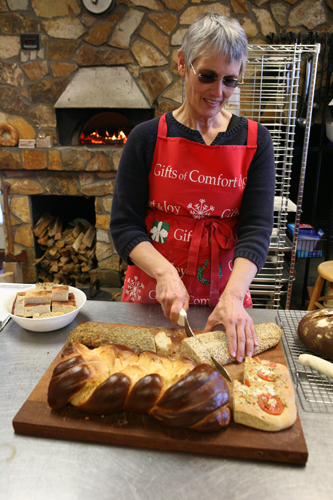 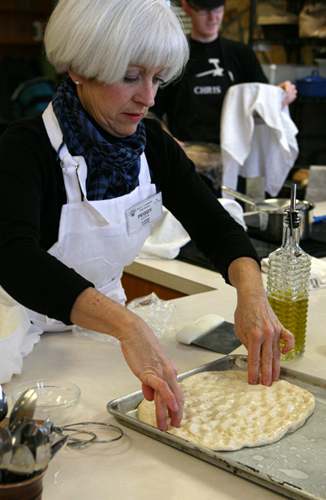 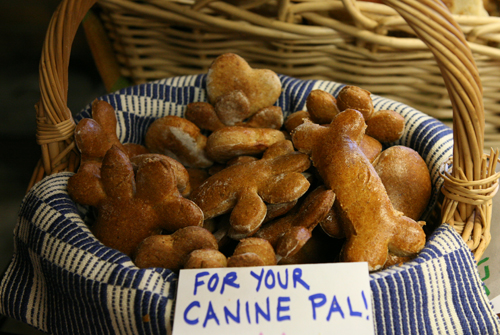 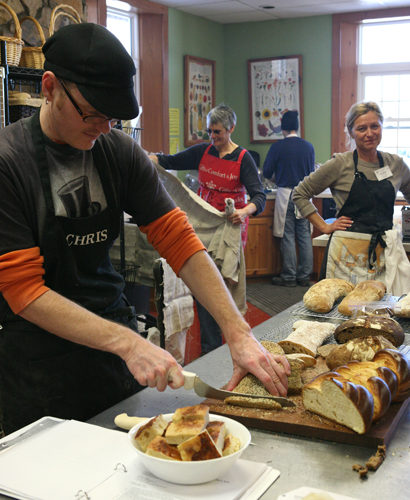 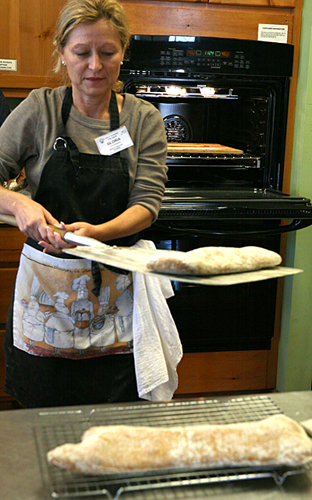