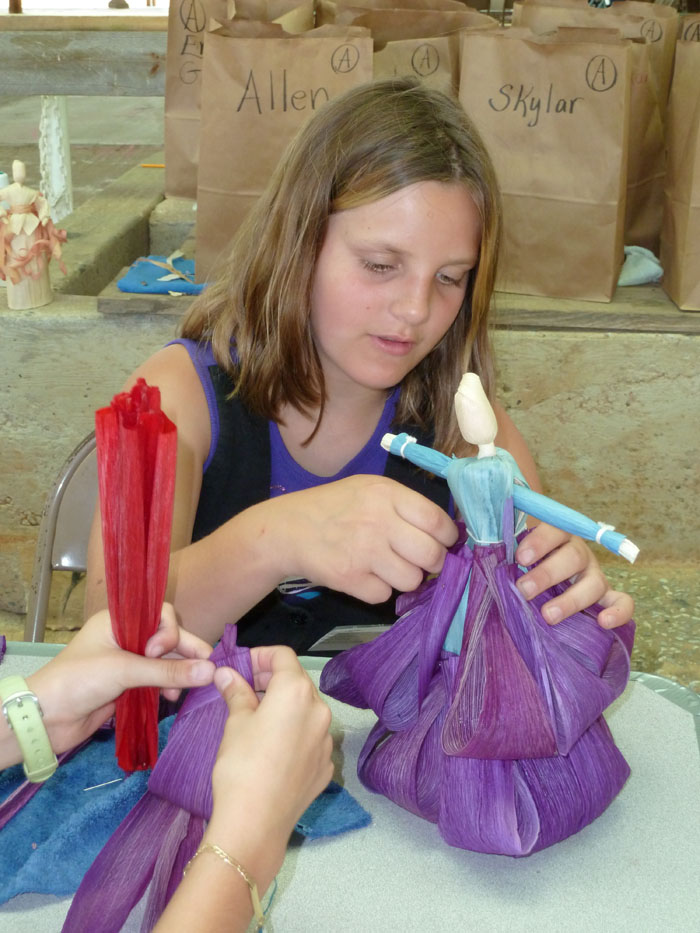 Posted at 14:51h in Themed Weeks, Youth by bbdg_pj

The Folk School recently completed Little Folk School and Middle Folk School–“Little Middle” or “L/M” as it looms on our planning calendars.  There were 284 students: 156 Little (age 7-12) and 128 Middle (age 13-17), mostly locals, in 26 classes with 30 amazing teachers and a 37-member volunteer crew.

The whole local community participated in Little Middle.  There is a special feeling during the week.  The local community was especially involved this year through the presence of a speed monitor placed  by the Cherokee County Sheriff’s Department between Harshaw Road and Davidson Lane.  It helped to slow down even the log trucks and gravel haulers, and gave our local commuters, staff (your Director included), and neighbors a reminder of how slow 25 mph really is.

There was a lot of music and laughing in Morningsong.  There were hilarious and amazing classes.  Flowers, mountains, dinosaurs and snakes were executed in every imaginable medium.  There were whimsical flights of fancy were made, and underneath it, if you looked close, you could see people discovering what will become a lifelong fascination with the challenges and joys of clay, wood, metal, fiber, narrative, movement and performance. 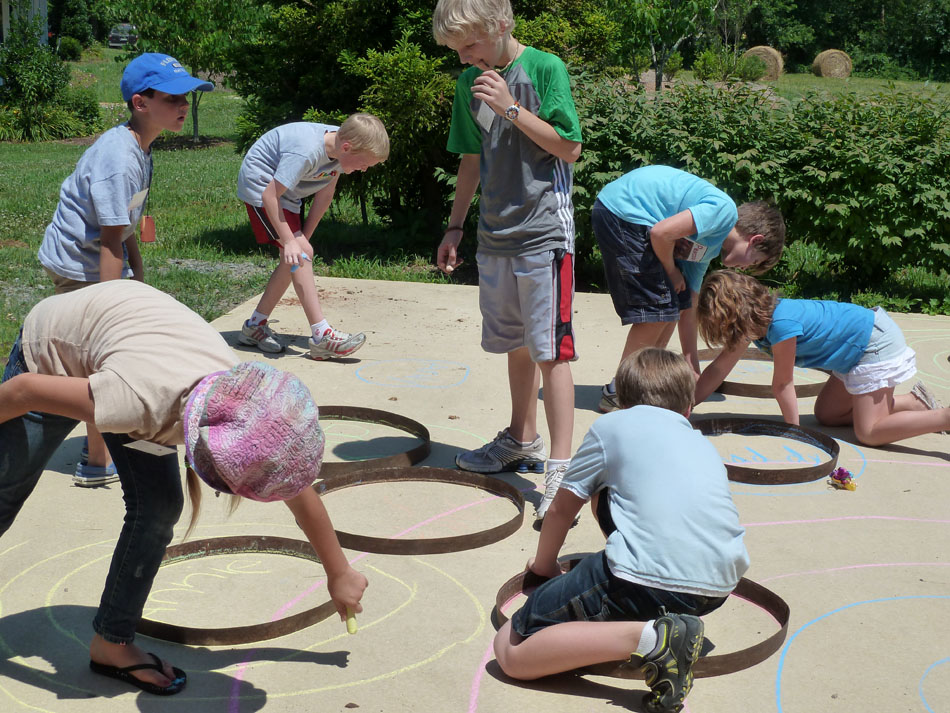 Some of them performed miracles (especially the magic class) and many of these young folks made objects never seen before on the earth.  Some made things that we human types have made and loved for a long time, and they were taught to make them faithfully, and with respect.  The borderland of tradition and creativity is where we dwell.   We all saw in the young students a sense of pride in their own accomplishments, and delight at being a part of what was obviously a grand opportunity for fun.

Life-long friendships were started, mentors were identified.  People of many ages found themselves transformed by the experience.  The Brasstown Fire Department arrived Wednesday and sprayed all who wanted to get sprayed with a fire hose. 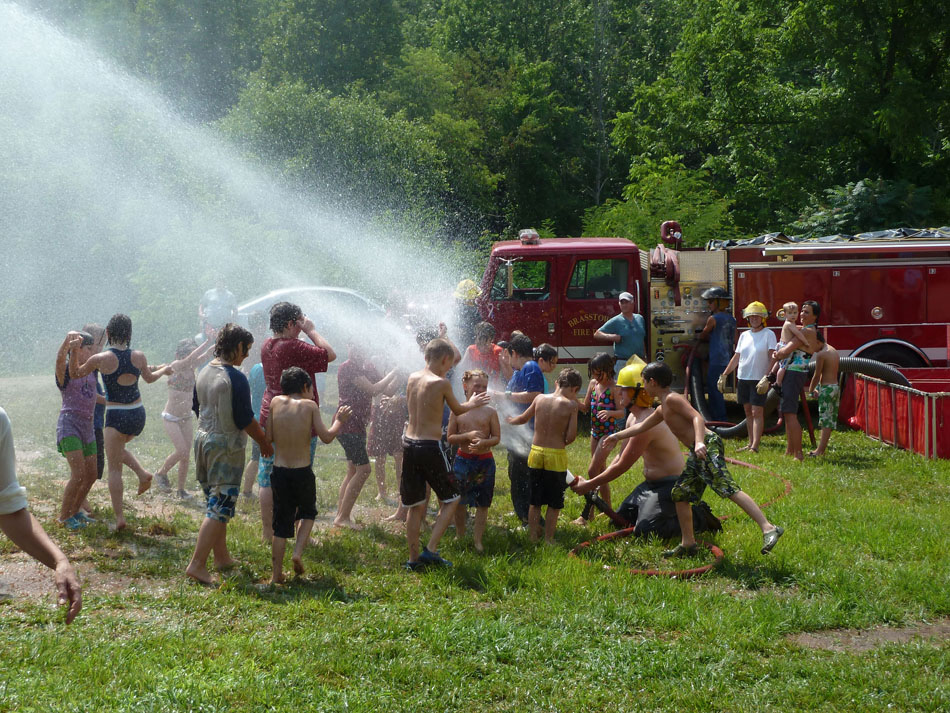 Little/Middle is one week out of our 49, but in importance, it may equal all the others.  It’s a seed bed for our future.  After 19 years, it’s a pleasure to see so many teachers and assistants in this program who grew up in it and have sort of grown up, and have assumed their place in the continuity of Little/Middle and of the larger Folk School world.

Looking at the program now, it is hard to imagine that in 1976, the entire attendance was 25, and the staff was two:  Phillip Merrill and an 18-year-old work/study, Miss Nanette Buchen.  About six years after that, Nanette and I got married in the Open House, and in time became parents of three L/Ms.  Sam just entered his M years with woodturning and blacksmithing and provided for his family dibbles and barbeque forks. 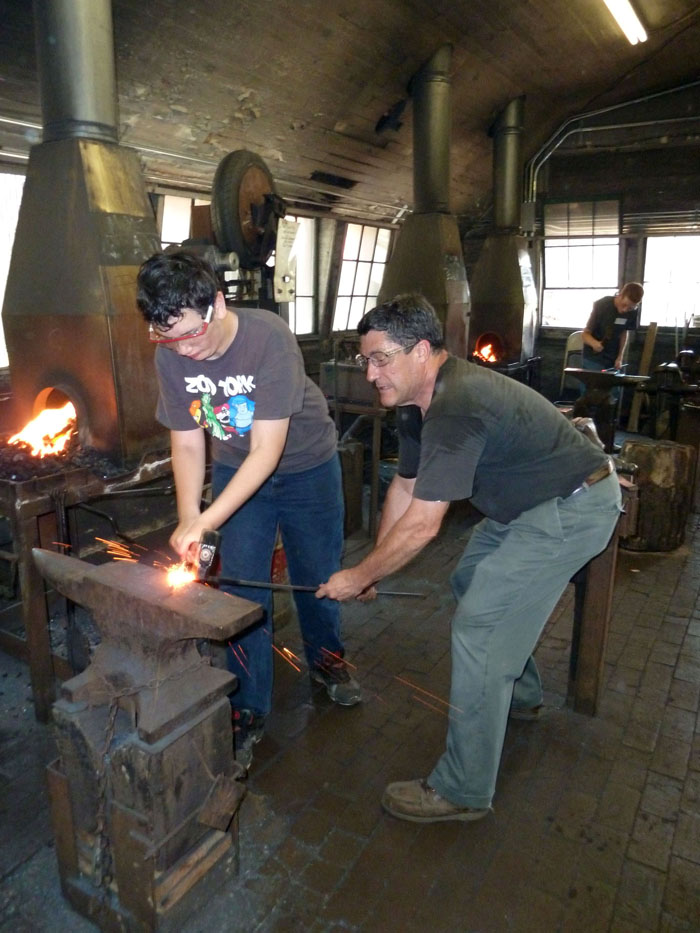 At the end of Little Middle week, we had the John Neil Davidson Dance, which supports a scholarship fund for young folks.  There was a silent auction organized by Chloe Davidson, and supported by a stellar cast of makers and bidders.  There was a memorable dance, and an unbeatable snack and drink sale.  It represented the work of many dear friends and raised over $1,800.

Thanks for being part of the Folk School.  There’s nothing remotely like it.