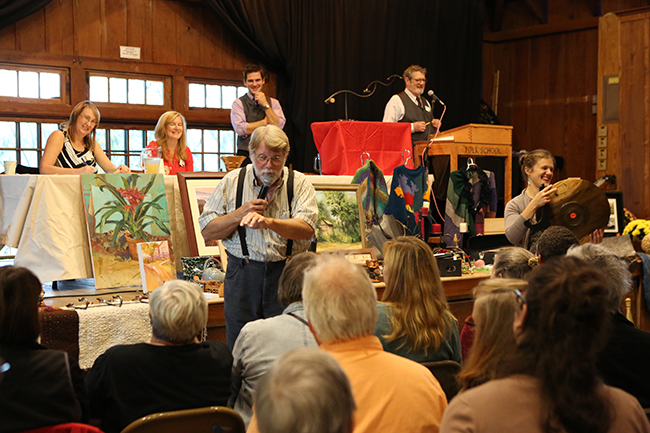 I first met Tim Ryan on a misty morning in the Folk School Garden when I was a Work/Study in 2011. My immediate impression of him was that he was a very witty & interesting character with lots of fantastic stories. Tim is involved in the Folk School in so many different ways. He recently handed over his position as Resident Artist in Gardening and Homesteading to Karen Hurtubise and he will be co-auctioning (with Bob Grove) the Gala & Benefit Auction on June 11, 2016. I thought this would be a good moment to sit down and learn a little bit about Tim the gardener, auctioneer, medicine showman, raconteur, kettle cooker, blacksmith, instructor, former Folk School Board member, bibliophile, and storyteller, that is Tim Ryan. We recently sat down over lunch to talk about many things. Enjoy our interview! CP: When did you first come to the Folk School? [caption id="attachment_15023" align="alignright" width="289"] 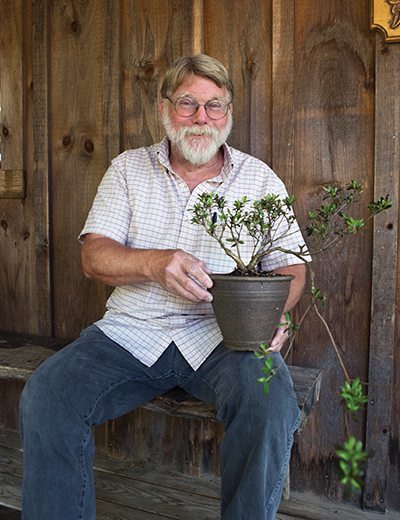 Tim Ryan with a bonsai tree[/caption] TR: I had gotten divorced and it killed me. This was 26 years ago. I was depressed and blue and three things saved me: my Blacksmithing buddies, Al-Anon, and having a daughter. At one of the Appalachian Area Chapter Blacksmith Meetings in Mt. Juliet TN, they were having a raffle and the winner would get a free class at the Folk School. Well I don’t usually enter raffles, but my Blacksmithing buddies convinced me to enter and I won. I think they set it up because I was depressed and they knew I needed something else to focus on. It worked because I won the raffle in March or April and the class wasn’t until October, so all summer long I worked hard to become a better blacksmith, worthy of the class at the Folk School. In the fall of 1990, I used my scholarship to take a 2-week Blacksmithing class at the Folk School with Francis Whitaker, which I was by no means near prepared for, naturally. [caption id="attachment_15036" align="aligncenter" width="630"] 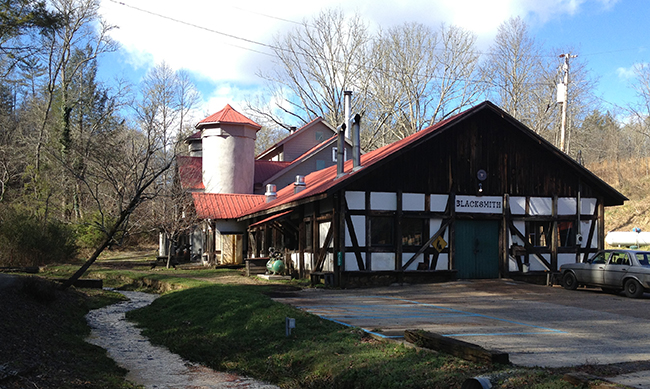